A team from the Technical University of Munich (TUM) has won the Not-a-Boring competition of billionaire Elon Musk thank to Benders smart insulation monitoring.

A team from the Technical University of Munich (TUM) has won the competition in Las Vegas to build the longest tunnel for billionaire Elon Musk’s (Tesla, Space X) Hyperloop project. Bender’s technology played a major role in the victory.

The “Not-a-Boring competition” in the Nevada desert at the beginning of September involved digging a 30-meter tunnel with new types of drilling equipment. Originally, 400 teams applied for the competition, twelve were selected for the finals, and only eight finally competed on site. However, only two teams passed the safety test, including the one from TUM, which ended up winning with 22 meters dug.

The safety concept of the TUM team played a major role in the victory. In addition to mechanics and software, the electrical system was also evaluated. After extensive consultation, the Munich-based team decided to design the electrical system as an unearthed network (IT system) and to equip it with an insulation monitoring system from Bender in Grünberg. This makes the drilling rig less susceptible to electrically induced failures. In addition, in an IT network, people and machines are comprehensively protected from damage in the event of an electrical fault occurring.

The TUM team is very proud of the win and has thanked Bender for “the perfect support and smooth implementation“. Bender is also very happy to have contributed to the victory with its intelligent insulation monitoring.

Hyperloop is a new type of transportation concept in which vehicles travel at around 1,000 km/h through a tunnel or tube. The project was initiated by Elon Musk. The „Not-a-boring competition“ was about concepts for a novel tunnel drilling technology. So far, TUM has participated in several competitions related to the Hyperloop project and has always emerged as the winner. A total of 60 students were involved in the current project.

Bender is the market leader for electrical safety monitoring systems. The group of companies, headquartered in Grünberg, Hesse, has more than 1,100 employees in 15 countries around the world.

The boring team of the TUM in Las Vegas (Copyright: TUM Boring) 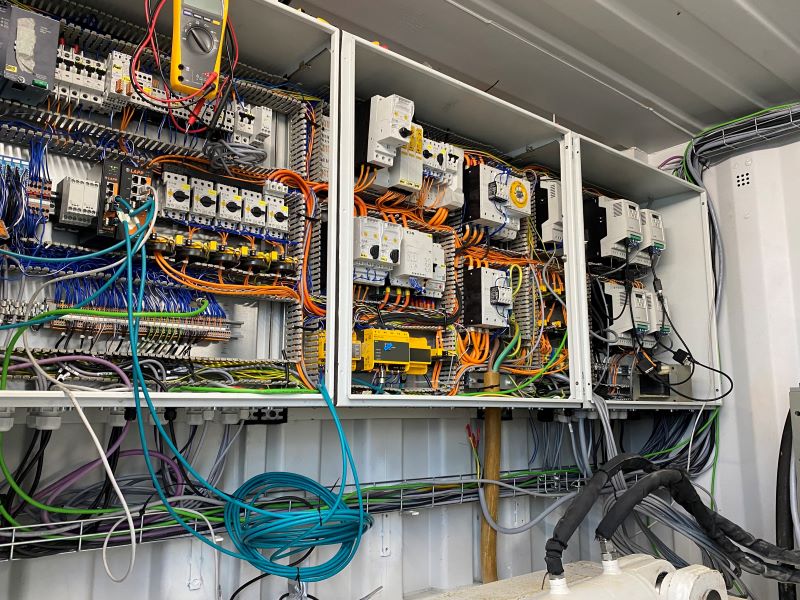 Part of the electrical system