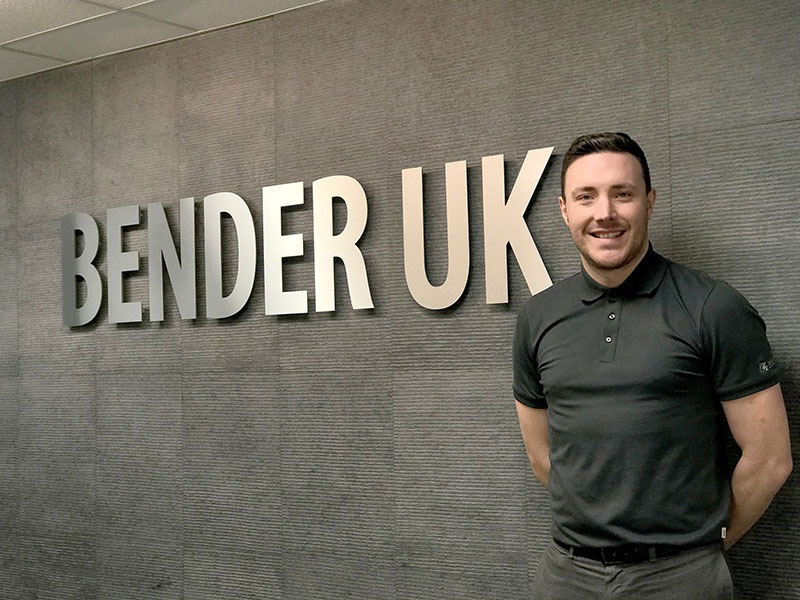 Dan Snowden has been appointed as a new Head of Sales for the Hospital Business Unit at Bender UK.

Dan joined Bender as a Commissioning Engineer in 2013, working within the healthcare team, commissioning and servicing power systems in hospitals in the North of England.

Since then, Bender UK has seen impressive annual growth in the healthcare market, with Dan being part of that journey, experiencing notable career progression from Engineer to Sales Manager, to Head of Healthcare over the last decade.

Working for a company that has a great culture and focus on career progression and the development of staff, were important deciding factors when Dan joined Bender UK.

Four years later, Bender’s Hospital Business Unit had an opportunity for a Sales Manager to cover the North of England region. Based in Leeds and looking for a career path into engineering sales, along with knowledge of the company’s customers and products, Dan was successful in securing a move.

Contributing to the company’s continued growth over the following five years as a Sales Manager, provided the next opportunity to succeed Ricky Barker as the previous head of healthcare, which Dan took on in January 2022. This role sees Dan managing a team of ten, including internal sales, regional sales managers and national healthcare consultants, looking after hundreds of customers across the UK.

Gareth Brunton said “I am delighted that Dan has stepped forward to take on this role.  He is a skilled engineer, and a great sales professional, with a sound understanding of Bender and the healthcare market in the UK. I wish him every success in his new role.”

When Dan isn’t working, he can be found on the rugby pitch at the weekends and is a keen supporter of both Leeds United and Leeds Rhinos. He also loves spending his free time with his son Arthur.