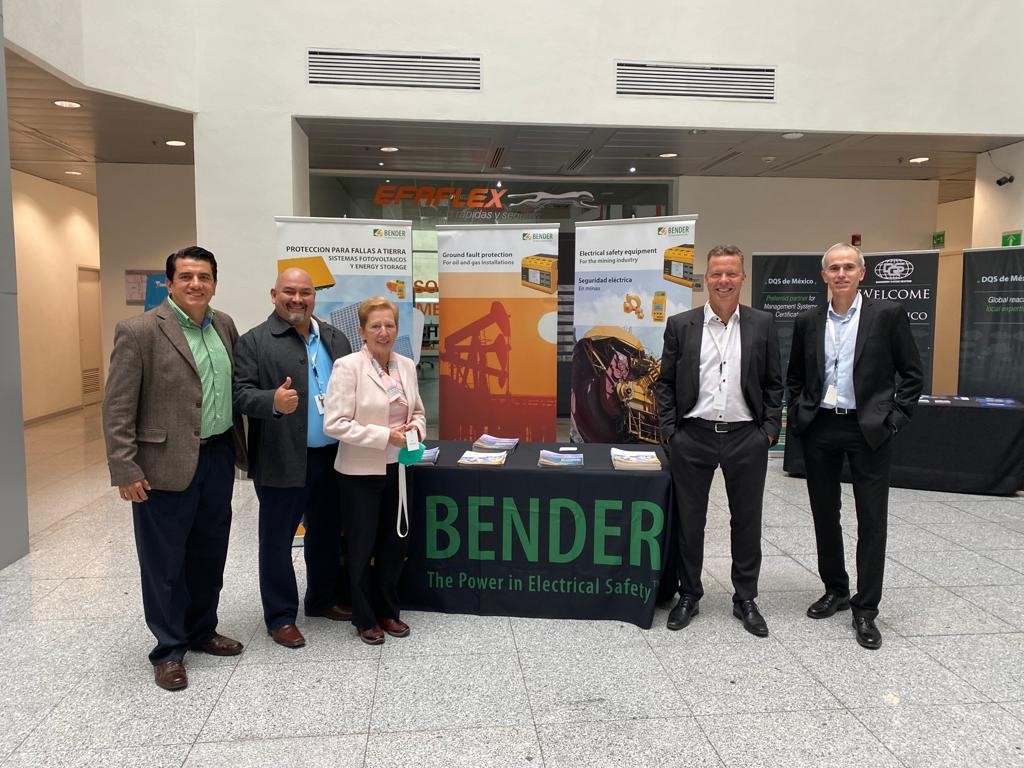 The management board of Bender Group visited its newly opened location in Mexico City. The regional office has been operative since the beginning of September. It facilitates personal support and expert advice to customers in the Central America region as well as the use of Mexico as a regional hub for various Bender solutions.

In the beginning of September, the managing directors Monika Schuster and Heinz Nowicki visited the new office of Bender Group in Mexico City's Santa Fe district. The regional office is in the German Centre for Industry and Trade Mexico, an organisation which supports German companies that wish to start operations in Mexico or intend to expand their presence there.

Monika Schuster and Heinz Nowicki were accompanied by Sergio Julian, Head of Bender LATAM, as well as by Miguel Rosales and Manuel Arroyo, both from the Mexico sales team. Bender Group is active worldwide and already has offices in the USA, Canada, and South America. When Noe Sánchez came on board, Bender started to implement electrical-safety solutions for hospitals in Mexico. Later, applications for mining, the production of oil and gas as well as the manufacturing industry were added. Due to the excellent experience made since the start of its activities in Mexico in 2016 and owing to the positive business outlook, Bender Group is now strengthening its presence in this dynamic economic area. Mexico currently holds 15th place among the world's largest economies. Especially thanks to its manufacturing industry, Mexico has succeeded in ascending to an export nation in the Central America region, and therefore now solutions for electrical safety are in demand also in the entire region.